Rise and Fall of the Hawaiian Monarchy 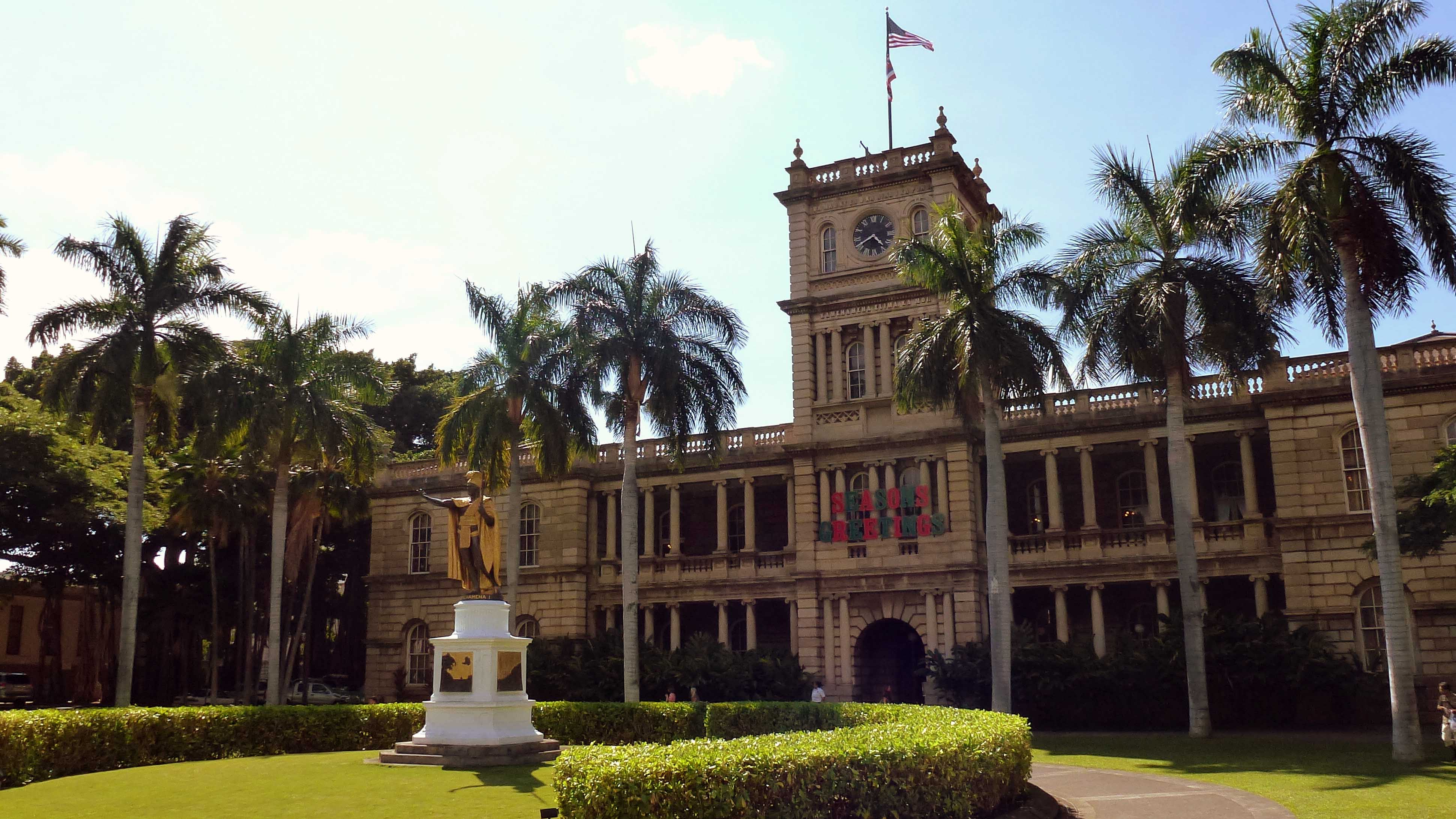 Statue of King Kamehameha the Great in downtown Honolulu, one of the great symbols of the Hawaiian monarchy.

Many people may know that Hawaii is the only State in America with a royal palace. However, many may not know the Hawaiian Kingdom, as compared to monarchies, only lasted a relatively short time. The Hawaiian monarchy started when King Kamehameha unified all the Hawaiian Islands under his rule in 1810. It ended when Queen Liliuokalani abdicated her throne in 1893. Local American businessmen and a contingent of US Marines compelled her to make this fateful decision.

Dynasties of the Hawaiian Monarchy

There were only two so-called dynastic houses that comprised the Hawaiian throne. The first line of rulers were under the lineage of Kamehameha. Historians referred to this as the House of Kamehameha. It included Kamehameha the Great, his first son, Kamehameha II, his second son, Kamehameha III and his grandsons, Kamehameha IV and V.  King Lunalilo became the next ruler, but died a little a year later. The second line of rulers was the Kalakaua Dynasty. It included the popular King Kalakaua. Queen Liliuokalani, his sister, succeeded him, after his death. She was the last monarch of Hawaii.

The Fall of the Hawaiian Monarchy

Many may not also know that outsiders were instrumental in establishing the Hawaiian Kingdom. But they were also intimately involved in its downfall. It first started when Kamehameha needed the help of Englishman John Young and American Isaac Davis. They assisted him and his troops in acquiring and using rifles and cannons. The use of western armaments were strategic advantages in Kamehameha’s victorious battles on Maui and Oahu.

The Role of American Businessmen

Non-Hawaiians also played important roles in the development of the Hawaiian Kingdom. This was especially true as it related to diplomatic relations with other countries. This included the United States, Great Britain and France. One example was Gerrit P. Judd, a prominent physician and missionary and cabinet official. In 1843, he successfully negotiated with the British monarchy to return control of Hawaii back to Kamehameha III. This was done after the king surrendered to a British lord threatening to attack the islands if he did not.

Other non-Hawaiians, such as Lorrin Thurston and Sanford Dole, became important cabinet officials in the Hawaiian monarchy. They came from influential American families who lived in Hawaii. But they were also the key leaders in the revolt to overthrow the monarchy. Thurston created a constitution, which reduced the authority of the king. He then forced the then King Kalakaua to sign it with the help of an armed militia.

Due to the circumstances of its signing, historians call this document the Bayonet Constitution. Along with the help of US Marines from the warship USS Boston, Thurston led the coup d’état that removed Hawaii’s last and final monarch, Queen Liliuokalani. After that, Thurston was heavily involved in the establishment of the Hawaiian Provisional Government and the Hawaiian Republic. Dole became president of the republic. He was also Hawaii’s first governor when it became a territory of the United States in 1900.