How the Mongoose Came to Hawaii 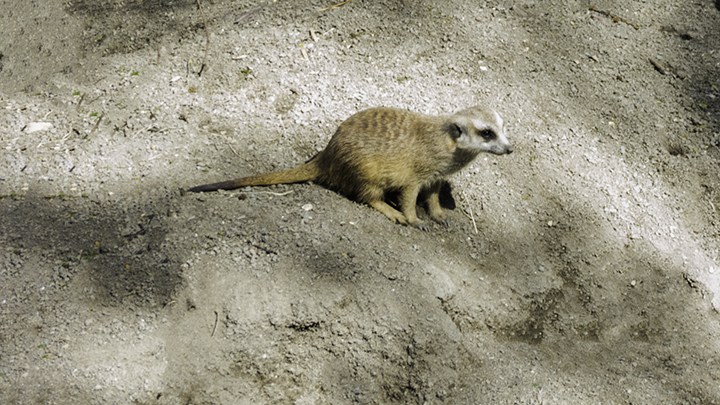 The Story of How the Mongoose Came to Hawaii

The story of why and how the mongoose came to Hawaii is an interesting tale. In the 1800s to the mid-1900s, Hawaii’s most valuable commodity was not pristine beaches and beautiful scenery. That one thing was much sweeter to the taste in the form of sugar cane. One of the major problems that Hawaii sugar plantations battled during this era was rats chewing on sugar cane stalks. This infestation destroyed significant amounts of this most valued of crops.

Why They Came to Hawaii

In 1872, Big Island sugar planters uncovered an article on Jamaica sugar growers’ success in controlling their rat problem. Sugar planters there had introduced the mongoose from India into their fields. This supposedly was successful in significantly reducing sugar cane damage caused by rats. They were expecting the same kind protection as Rikki-Tikki-Tavi, the mongoose character in the Rudyard Kipling novel, The Jungle Book. According to this story set in India, mongoose afforded protections against cobra snakes. But this time in Hawaii, it would be against rats.

Not everyone in Hawaii was in favor of this. One unknown person wrote an entry in the 1888 issue of the Planters Monthly newspaper. In it, this person said that there should be more research on how the mongoose was faring against rats in the Caribbean. And that this should be done before introducing them into Hawaii. But the warnings went unheeded.

So this how the mongoose came to Hawaii. In 1883, 72 small Asian mongooses (i.e., not mongeese) from Jamaica were brought to the sugar cane fields on the Hamakua Coast of the Big Island. From there, sugar planters bred the mongoose to send offspring to plantations on the other Hawaiian Islands.

However on Kauai, there was an incident on the dock that sealed the fate for future generations of mongoose on that island. There are two stories on the mongooses’ arrival on that island. One version was that the locals on the island vehemently opposed the plan. So they threw the caged animals into the harbor upon arrived on Kauai. The other story was that the person handling the animals on Kauai was bitten by them. So, in a fit of anger, he threw the caged animals off the dock. So this is why it is difficult to find mongoose on Kauai today.

What the sugar planters did not know what that rats are nocturnal animals. While the mongoose is a diurnal animal, which means it is active and hunts only during the day. So the desired effect of mongoose meeting-up and eating rats did not occur in sufficient numbers to control the rat problem in Hawaii.

As in many cases where humans mess with Mother Nature, there were long-lasting unexpected consequences. Mongooses like to eat the eggs of other animals. In doing so, they almost eliminated the rare and endangered Hawaiian nene goose. If they had done so, mongooses would have entirely destroyed a species of goose from the planet. Fortunately that didn’t happen. But another bird species, the Newell’s shearwater, wasn’t as lucky.  They can no longer be found on the Hawaiian Islands where the mongoose was let loose. And unlike in other areas where the mongooses thrive, the animal has no natural predators in Hawaii. So today, the mongoose continues to proliferate in the Aloha State, causing more damage to Hawaii’s fragile ecosystem.

But maybe there is a possible upside to the unwise introduction of the mongoose in Hawaii. Some may not know that there are few, if any, snakes in Hawaii. Irresponsible pet owners brought and released a number of them into the State. But if a snake ever got loose and began to thrive in the Aloha State, at least we have the mongoose as a natural predator to them. Hopefully, as in the case of Kipling’s Rikki-Tikki-Tavi, this will help to keep them in check.