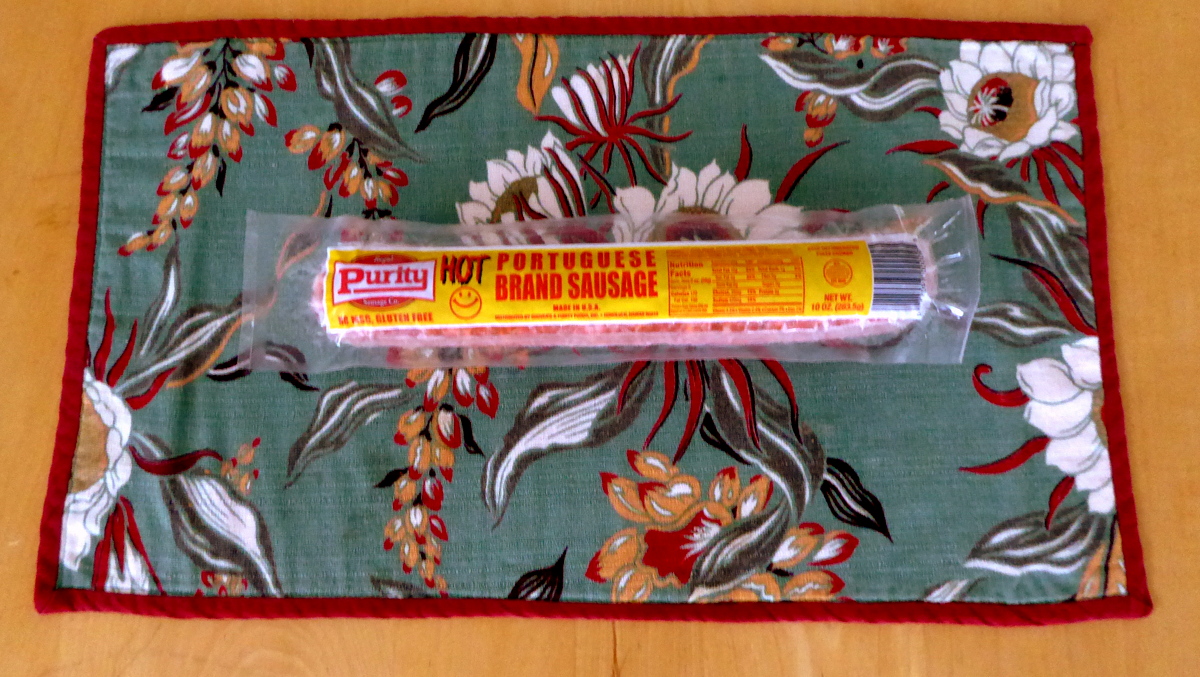 One of the many brands of Portuguese sausage you can find in Hawaii.


The Story of the Portuguese Sausage in Hawaii

Newcomers to the Hawaiian Islands may not be able to connect a sausage from Portugal as something quintessentially from Hawaii. The Portuguese sausage in Hawaii has become an integral part of everyday cuisine. This has been the case ever since immigrants, primarily from the Azores, a chain of islands southwest of Portugal, arrived in Hawaii during the late 1800s.

People in the old county called this sausage the linguiça. They made it from smoke cured pork seasoned with garlic and paprika. You can find this type of sausage throughout its mother country. But you can also find it in many other Portuguese-speaking countries such as Brazil and even on the mainland US. But people simply call Hawaii’s form of the linguiça a Portuguese sausage.

Types of Portuguese Sausages in Hawaii

Probably the most famous producer of Portuguese sausage in Hawaii is Redondo. The Redondo family established the company in 1949. The family originally came from Portugal. Their son Frank took grew the company to where it is today. President Gerald Ford even recognized him as Hawaii Businessman of the Year in 1976.

Other popular brands of locally produced Portuguese sausage include those made by Purity, Gouveia’s, Aloha Brand and Pacific Sausage. Most brands come in three type of spiciness, mild, regular or hot. So more often than not, you can decide how spicy you want your Portuguese sausages to be.

Today, you can find Portuguese sausage almost at every local diner and drive-ins. It’s especially popular as a meat item in breakfast along with white rice and some sort of fried eggs. This breakfast combination is so popular locally, you can even find it at McDonald’s drive-ins in Hawaii.

Another ways to eat this delicious treat is to cook it on a charcoal grille. It makes a great pupu (appetizer) whenever you are grilling at home or enjoying a picnic at the beach. You can even fry it along with cabbage to make one of the great comfort dishes that you can find in Hawaii simply called, Portuguese sausage and cabbage.