One of the Most Visited Attractions in Hawaii 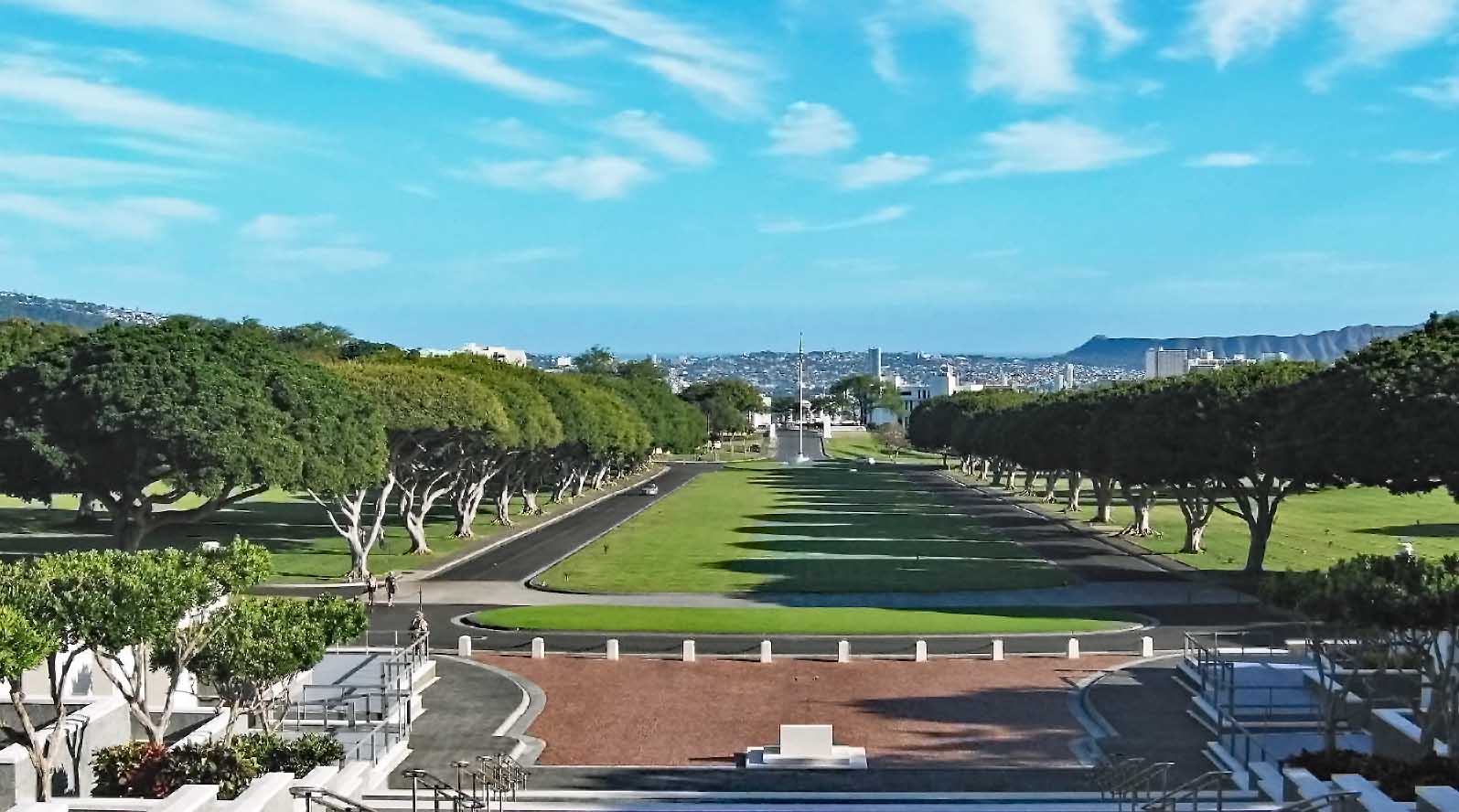 Punchbowl, National Memorial Cemetery of the Pacific, one of the more popular attractions in Hawaii.

Punchbowl, One of the Most Visited Attractions in Hawaii

The National Memorial Cemetery of the Pacific is one of the most visited attractions in Hawaii. You can visit the cemetery within an extinct volcanic cinder cone above Honolulu. As a result, most people simply call it Punchbowl because of its bowl-shape crater. Here, you can visit the graves of those who gave their lives for their country. Visitors can also view a large display depicting America’s numerous battles in the Pacific Basin. Moreover, you can get the best picturesque views of downtown Honolulu from one side. And from the summit, you can get great views of Hawaii’s most famous landmark, Diamond Head.

America has a number of famous national cemeteries, like Arlington National Cemetery in Virginia and Gettysburg National Cemetery in Pennsylvania. With Punchbowl, Hawaii has one of the 47 national cemeteries that you can can find throughout the country. The cemetery is the final resting place of over 30,000 servicemen. Many of those have died in battles during World War II, the Korean War and Vietnam.

Congress first authorized the cemetery’s establishment in 1948. Its purpose was to provide a permanent resting place for servicemen who died in the Pacific during World War II. At the time, the military temporarily interned many of them in places such as Guam and in Hawaii. The Department of Veteran Affairs administers the cemetery. You can also find it  on the National Register of Historic Places.

The ancient Hawaiians sacrificed breakers of kapus or laws to the gods at this location. As a result, Hawaiians called the 461-foot high cinder cone Puowaina. Its name means Hill of Sacrifice.

Here, King Kamehameha the Great first encountered the warriors of Oahu in an epic battle. It was a key victory in his quest to gain control over all of the Hawaiian Islands. During World War II, the military built gun batteries within the crater. These fortifications defended Honolulu against potential naval attack.

The cemetery is a solemn place where one can honor the nation’s fallen heroes in tranquil and beautiful manicured surroundings. There are a number of famous people buried here. You’ll find the grave of World War II correspondent Ernie Pyle here. You can also pay respects to Hawaii’s first astronaut, Ellison Onizuka. He tragically died in the last flight of the Challenger Space shuttle. Additionally, there are a number of Medal of Honor recipients with grave sites in Punchbowl.