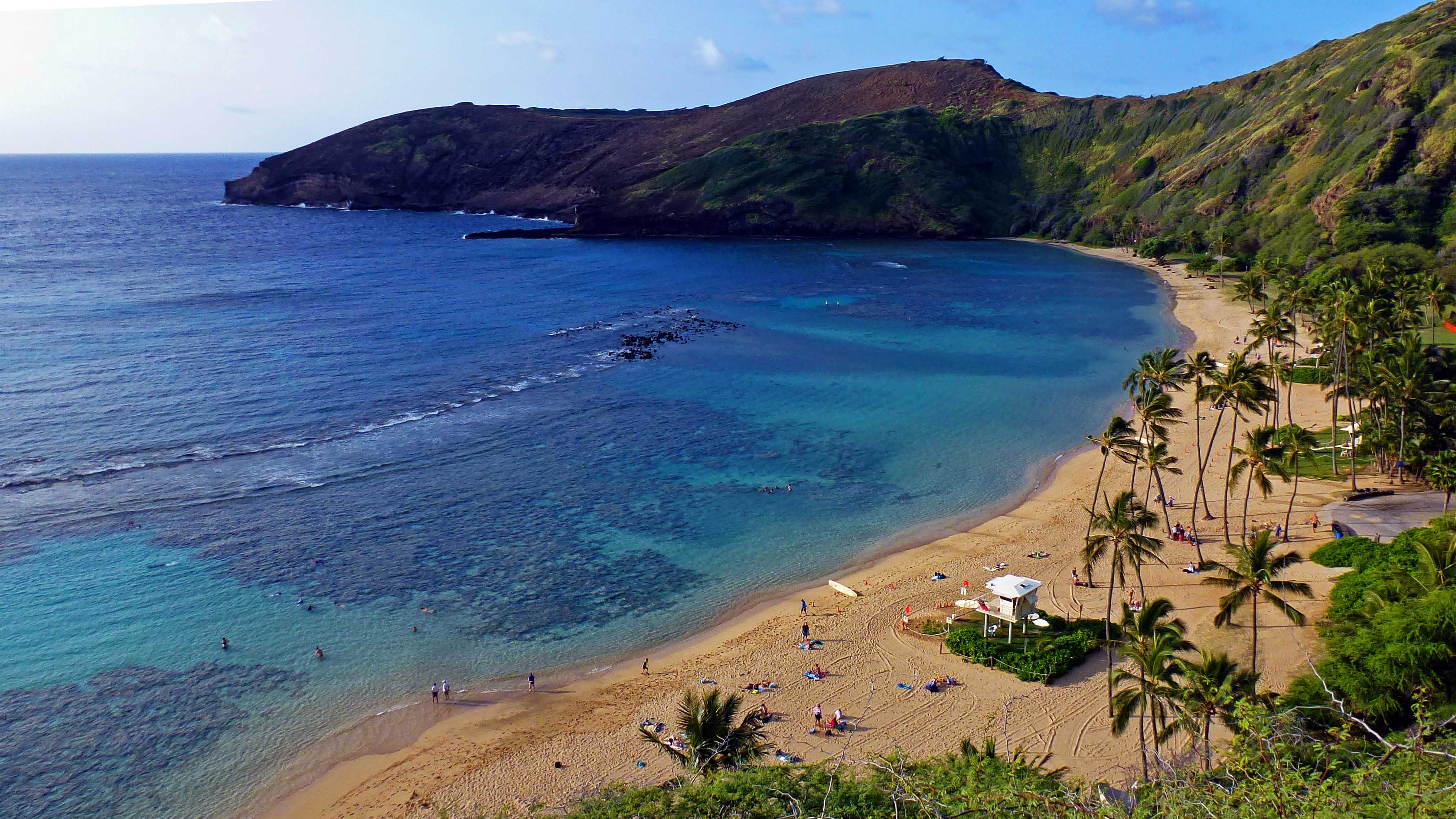 Hanauma Bay, the best beach in the USA.

Why is Hanauma Bay the Best Beach in the USA?

Hanauma Bay Nature Preserve, on the east side of Oahu, is the best beach in the USA in 2016. This is according to the popular Doctor Beach’s Top 10 Beach List.  Since 1991, coastal expert Dr. Stephen P. Leatherman of Florida International University,  has produced this widely recognized list. Most people know him better as Doctor Beach.

Dr. Leatherman selected Hanauma Bay for its clean and beautiful white sand beach, protected marine area and great snorkeling opportunities. He also praises the City and County of Honolulu’s management of the beach and surrounding facilities. This includes keeping the parking lot away from the beach and managing the amount of snorkelers and scuba divers.

Dr. Leatherman has published 20 books and hundreds of articles and reports on coastal related science, such as storm impact, shore erosion and beach safety. He uses fifty criteria to evaluate the country’s finest beaches including, water quality, sand quality and beach management. This latest list emphasizes beach management and safety as well as health issues such as banning smoking on beaches.

The Story of Hanauma Bay

Hanauma is a bay created 32,000 years ago out of an ancient volcanic crater alongside the coast. One side of its walls had eroded away, letting the sea in and creating a beautiful and crescent-shaped shoreline.

In addition to being a nature preserve, the bay is a Marine Life Conservation District. It was the first of its kind in the State of Hawaii back in 1967. Visitors to the area must not catch or mistreat marine animals as well as touch, walk or have contact with the coral reef. About 400 species of fish make the bay their home. The bay is also a nursery for the endangered green sea turtles or honu in Hawaiian.

By 1980, Hanauma Bay had become so popular the amount of people using the bay was beginning to impact the delicate ecology of the coral reefs and the marine life that depended on them. In response, the City and County of Honolulu began to limit visitor access and charged an entrance fee to non-residents. Hanauma Bay became the first no-smoking beach in Hawaii 1993. This helped to protect the wildlife in and out of the water. In 2002, the Marine Education Center opened next to the parking lot above the bay. This center helped to control visitor access. Here, visitors must watch a short film and receive instructions about conservation of the bay’s resources before they can enter.

Today, about 3,000 people a day or around a million annually visit Hanauma Bay. It features full amenities like monitored parking, scenic areas, shuttle services, lifeguards, restrooms, showers and picnic areas. The park entrance fee for non-residents 13 years and older is $7.50 per person. The daily parking fee is $1.00. Hanauma Bay is open daily, except for Tuesdays, Christmas and New Year’s Day.