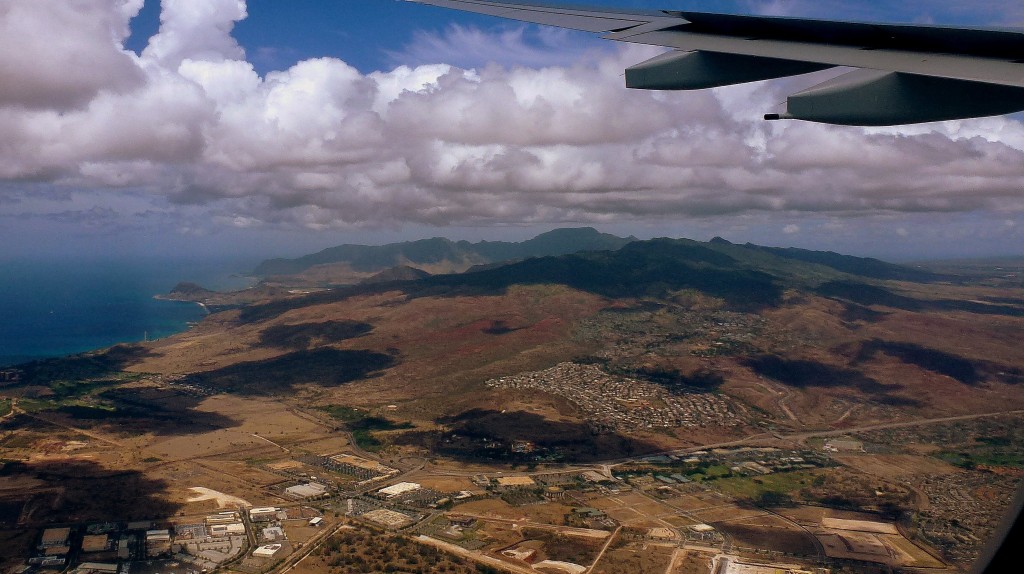 Flying over Oahu on a regional domestic US carrier.


When Will We See More Cheap Hawaii Air?

Despite a lot anticipation, it seems the prospects for more competition for Hawaii airfare may not be materializing as many thought during 2012. Back then, Alaska had expanded its routes into the Aloha State. Allegiant was just entering the market. And there were indications that Southwest was going to offer cheap Hawaii air. So at that time, there was a lot of excitement in the Hawaii tourism industry.

At least from a business perspective, all of these initiatives seemed in line with the companies’ business fundamentals. Route expansion into Hawaii was a natural geographic fit for Alaska. Targeting the leisure traveler in smaller, non-competitive markets to tourist areas was the core of Allegiant’s business strategy. Southwest’s recent purchases of ETOPs equipped Boeing 737s all seemed to solidly point to them entering the Hawaii market.

But a number of unexpected things happened. Despite new longer-haul airfare and new labor agreements, Southwest may not be so eager to enter the Hawaii market. At least not yet. In fact, the company may not do so until possibly in 2014, and maybe not at all. Also, Allegiant has dramatically scaled back its flights into Hawaii. And it now seems like their experience in serving the Hawaii appears, to-date, has been a less than successful business venture on their part. On the other hand, it seems like Alaska’s route expansion plans into Hawaii appears be helping to solidify its position in the market.

What Are the Next Steps?

So what’s will we see next? Will Alaska continues to strengthen its position in the Hawaii market? Will Allegiant continue to scale back its Hawaii operations or try something else? What other factors can convince Southwest to enter the market? There are many unanswered questions and only time can give us the answers.