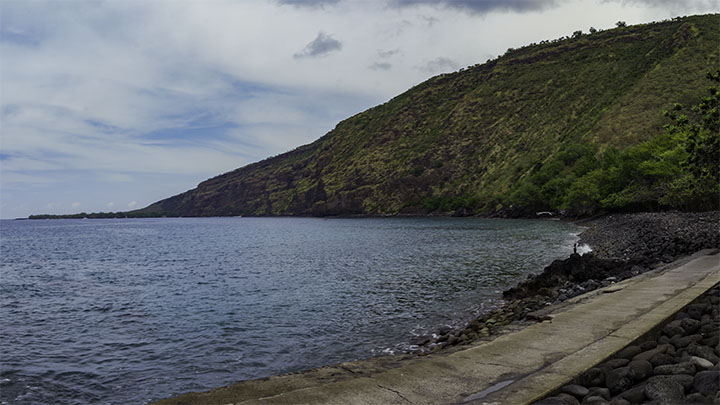 Kealakekua Bay on the Big Island of Hawaii, where Captain Cook died.

The Captain Cook in Hawaii

A person that has had considerable influence in Hawaii’s history was British explorer, Captain James Cook. In addition to exploring uncharted areas of the Pacific, he was the first European to make contact with people of Hawaiian Islands. Here is the story of Captain Cook in Hawaii. It started when his ship, the HMS Resolution, landed at Waimea on the island of Kauai in 1778. As with most Europeans when first landing on places not  seen before, he gave this place the name, Sandwich Islands. He did this in honor of the Lord of Sandwich, who was the acting First Lord of the Admiralty.

Cook made a second journey to the Hawaiian Islands in 1779. He landed at Kealakekua Bay on the island now known as the Big Island of Hawaii. After staying for a month, friction developed between Cook’s men and the local Hawaiians. This culminated in a fight between the parties. During this time, Cook attempted to kidnap the king of the island, Kalani’opu’u as retribution. During the struggle that ensued, Cook and a number of his men were killed. Today, you can still see a landmark in Kealakeakua Bay which tells the story about this incident. 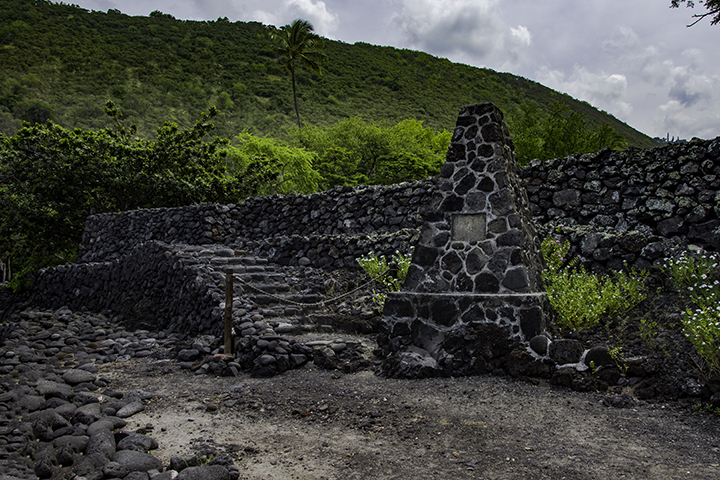 The Legacy of Captain Cook in Hawaii

Cook had a lasting legacy throughout the Pacific as well as in Hawaii. It was through his exploits that brought more European explorers and settlers into areas like Hawaii and other parts of Polynesia. And when America became independent of British control, it also led to more settlers into Hawaii. But this time, they came from America. Despite the tragedy that surrounded the death of Captain Cook, the British and the Hawaii royalty later formed a strong relationship with each other.

One can still see the strength of this relationship today. The Hawaiian flag is largely patterned after the British flag. There is town with the name Captain Cook on the Big Island. The first missionaries to Hawaii were British before American missionaries from New England replaced them. These missionaries introduced the Hawaiians to the Protestant religion. They were instrumental in establishing a number of renowned preparatory schools that still exist today. For a time, the British protected Hawaii’s independence from Russian and American interests. And even today, you can see a number of establishments and places with the term, Sandwich Islands, in their names.